Coordinated Research Projects (CRPs) bring together scientists representing institutes in Member States to collaborate on a focussed research topic that is of shared interest and is important to the mission of the Agency. A CRP is normally approved for a period of 3–5 years and involves 8–15 laboratories, research teams or institutions. Most CRPs involve three Research Coordination Meetings (RCMs) where participants are brought together. The IAEA supports the cost of the RCMs, but only very limited funds are available for direct research support, and this only for participants from developing countries.

In the case of CRPs organized by the AMD Unit, the goals of the CRP may include the establishment of a particular database, data generation, compilation and assessment for specific types of atomic and molecular collision processes. A CRP generally results in a significant amount of new data on collision processes or structural properties of elements or materials relevant to fusion energy research. In addition a CRP may provide detailed critical assessments of the existing data and selection of sets of data that are recommended as the best available at the time of the assessment. The CRP results of adequate accuracy and completeness are stored in the ALADDIN database and published in the IAEA publication series Atomic and Plasma-Material Interaction Data for Fusion (APID).

During the last 10 years the IAEA AMD Unit has been running about an average of about three active CRPs at a time. 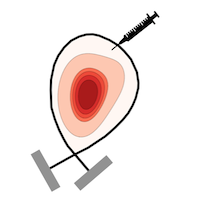 This planned CRP will provide fundamental data for modelling the behaviour of first-row and noble gas atoms in edge and divertor plasmas for disruption mitigation and diagnostics, and establish a trusted repository of data concerning the collisional–radiative properties of plasma–impurity interactions to facilitate modelling of plasmas in magnetic confinement fusion devices. 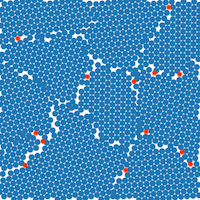 This CRP will seek to enhance the knowledge base and reduce uncertainties in data concerning the migration of hydrogen in materials of relevance to nuclear fusion reactors. Of primary interest are candidate divertor and first-wall materials such as tungsten and various types of reduced-activation ferritic/martensitic steel (RAFM), but various copper alloys, as well as materials used in the nuclear fission industry may also be in scope. 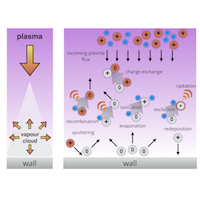 When wall material is rapidly evaporated or ablated by an energetic plume of hot plasma, a dense expanding plasma cloud is formed in front of the surface. In this dense plasma the incoming energy may largely be converted from fast particle kinetic energy into electromagnetic radiation directed away from the surface, thereby shielding the wall from further damage.

This CRP focuses on the provision of fundamental atomic and molecular data to accurately model the vapour shielding phenomenon, with particular focus on novel liquid metal walls that have been proposed for use in magnetic confinement fusion devices. The first Research Coordination Meeting for this CRP was held from 13 – 15 March 2019, and the project is expected to run for 3 – 4 years.

Data for Atomic Processes of Neutral Beams in Fusion Plasma 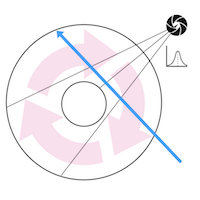 Neutral beam injection is a standard method to heat the plasma in fusion experiments also has important diagnostic uses. Modelling of beam penetration into the plasma and of photoemission signals relies on detailed data for atomic processes. There are quite significant gaps in these data and the data that are available are often of uncertain quality.

This CRP will provide evaluated and recommended data for the principal atomic processes relevant to heating and diagnostic neutral beams in fusion plasmas. The primary emphasis is on processes of hydrogen (H, D, T) neutral beams in the high temperature core plasma. The first Research Coordination Meeting was held in June 2017, and the project is expected to run for 3 – 4 years. 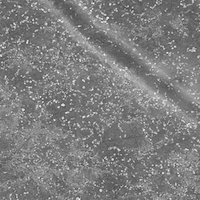 Various kinds of reduced-activation steel are being considered as wall material for a fusion reactor, such as the planned DEMO demonstration power plant. However, not enough is known about plasma interaction, erosion and tritium retention in such steels.

This CRP will enhance the knowledge base and develop new databases on the interaction of fusion plasma with the reduced-activation steel alloys that are being considered for constructing the plasma-facing components of a fusion reactor. It will seek to quantify the erosion due to exposure to plasma and to quantify the retention and transport properties of tritium in the surface. 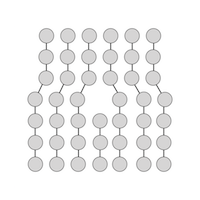 Tungsten is commonly used in the plasma-facing components of fusion reactors because of its high melting point and low propensity to absorb tritium. However, like all solid materials, it is damaged over time by interactions with the high energy neutrons produced in fusion reactions.

This CRP seeks to understand the effect of neutron and surrogate (charged particle) irradiation upon the tungsten crystal microstructure and through that the effect upon its plasma–material interaction properties, in particular tritium retention and transport.

An important round-robin experimental activity compared the measurement by thermal desorption spectroscopy (TDS) of known quantities of deuterium implanted in damaged tungsten, and involved 17 groups from around the world to critically assess the precision of this experimental technique .

The final report of this CRP was published as Volume 18 of the IAEA series Atomic and Plasma–Material Interaction Data. 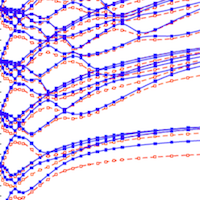 The primary plasma constituents of most magnetic confinement fusion experiments are hydrogen and helium and their isotopes. In the divertor and near-wall region of the reactors used in such experiments these species are present in a wide range of ionic and molecular forms, with a large number of excited states possible.

This CRP assisted in the goal of achieving a complete description of the plasma processes occuring in this region by evaluating and generating fundamental atomic and molecular data and assembling it in a numerical database.

Data for Erosion and Tritium Retention in Beryllium Plasma-Facing Materials 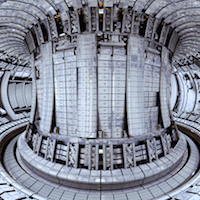 Beryllium is an attractive candidate for the "first wall" of a magnetic confinement nuclear fusion device because of its high conductivity, low activation and favourable properties as a plasma impurity.

This CRP enhanced the knowledge base on fundamental particle–material interaction processes involving beryllium in the fusion plasma environment, in particular physical and chemical sputtering by H, He and Be; the transport of hydrogen in beryllium; and the means to extract trapped tritium.